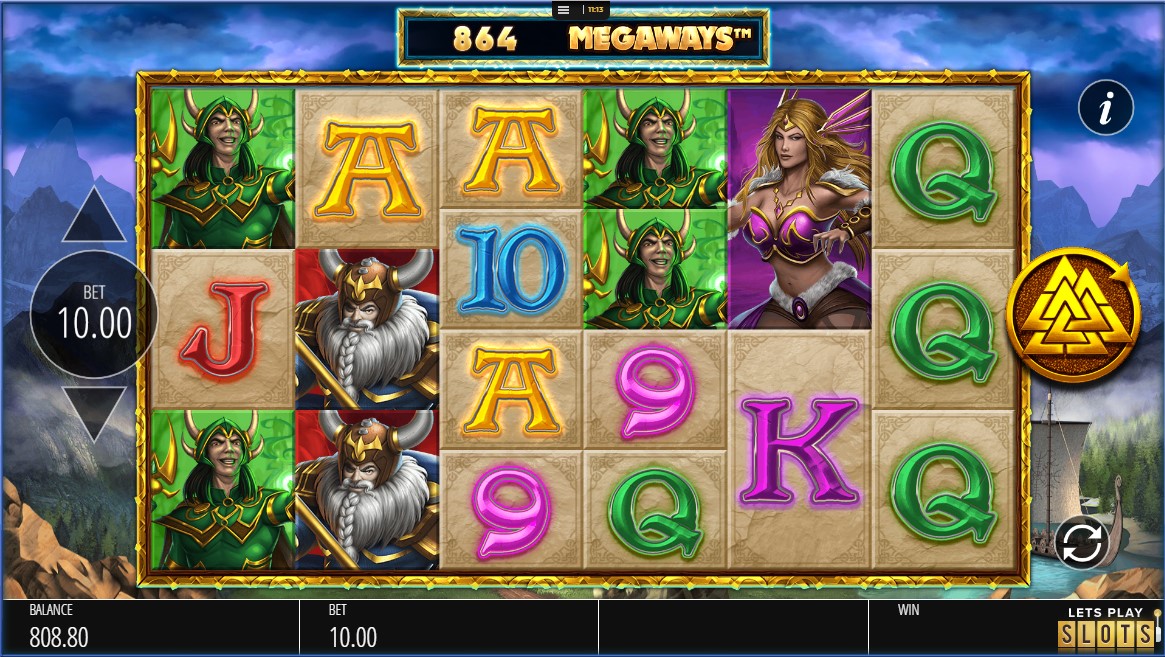 The world of Thor, Loki, Freia and other Nordic gods is about to come to life in Thunder Strike: Megaways, thanks to the ingenuity of Blueprint Gaming. This game features a Wild symbol, Random symbol generation, has its own Thunder Strike function and plenty more.

Speaking personally, I’m a big fan of anything to do with Norse mythology, and this slot game has plenty to do with that theme. Blueprint Gaming has definitely released another awesome offering with Thunder Strike: Megaways, and that’s not solely because of the Megaways feature of the game either. In actuality, the game holds one or two other surprises for you to enjoy, and these very much contribute towards the overall experience, providing an entertaining slot offering to say the least. 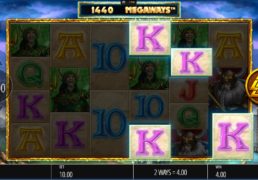 When you play this slot game, you’ll see a total of six reels in action, while a variety of rows come into play. This is all to do with the “Megaways” part of Thunder Strike. You’ll also find that the Megaways to win will change with each spin, depending upon the size and location of the different icons. Because of this, each spin can have up to 15,625 ways to win in action. Wins are also awarded from both directions. You have the chance to adjust your bet in the game too, with values between €0.10 and €50 able to be placed per spin.

The slot features a variety of symbols on its reels too, starting with the 9, 10, J, Q, K and A additions. The latter two of these can multiply your wager by 1.5 times at a maximum. Then come the symbols of the gods, from Freia and on to Loki, who can provide a multiplier of times two to your stake at a maximum. Odin is also present as a symbol, while Thor makes up the highest paying standard icon, rewarding you with up to 50 times your wager as a pay-out. 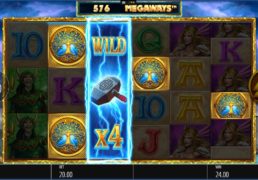 There is a wild symbol in Thunder Strike: Megaways, I was pleased to find out. This comes in the form of Thor’s hammer, Mjolnir. As such, it will substitute for all other standard symbols on the reels to help you create wins. However, that’s just the start of what makes this symbol so appealing. You see, it also triggers the Thunder Strike function, which sees the wild expand across the entire reel and then set the other reels off on a respin.

Whenever you form a large enough win, you will access the wheel of fortune round. You can either collect the cash win or gamble it to try and gain up to 25 Mega Spins as a reward. These operate in the same sort of way as free spins, allowing you to spin the reels several times without using your funds.

The last feature of Thunder Strike: Megaways, is the inclusion of the symbol of Yggdrasil. Whenever this lands on the reels, any and all of them will transform to reveal a random symbol of one and the same, potentially affording you greater wins in the process. 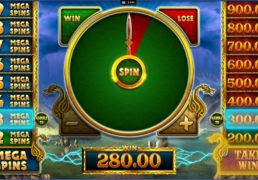 I have to say that I’ve played various games with this theme in my time, but Blueprint Gaming makes this one stand out due to the impressive graphics and the inclusion of so many ways to possibly win. The addition of the gamble round and the expanding wild with respin make it more entertaining on the whole, and I find this slot to be one of my favourites in this genre, thanks to the inclusion of six reels as well.

The world of Thor, Loki, Freia and other Nordic gods is about to come to life in Thunder Strike: Megaways, thanks to the ingenuity of Blueprint Gaming. This game features a Wild symbol, Random symbol generation, has its own Thunder Strike function and plenty more.

Hurray! There is a competition going between users of our site!
You have to do nothing, but browse out site, and win a daily prize. Click here to read more.
You current ranking:
Time Left: 5h 35m 38s