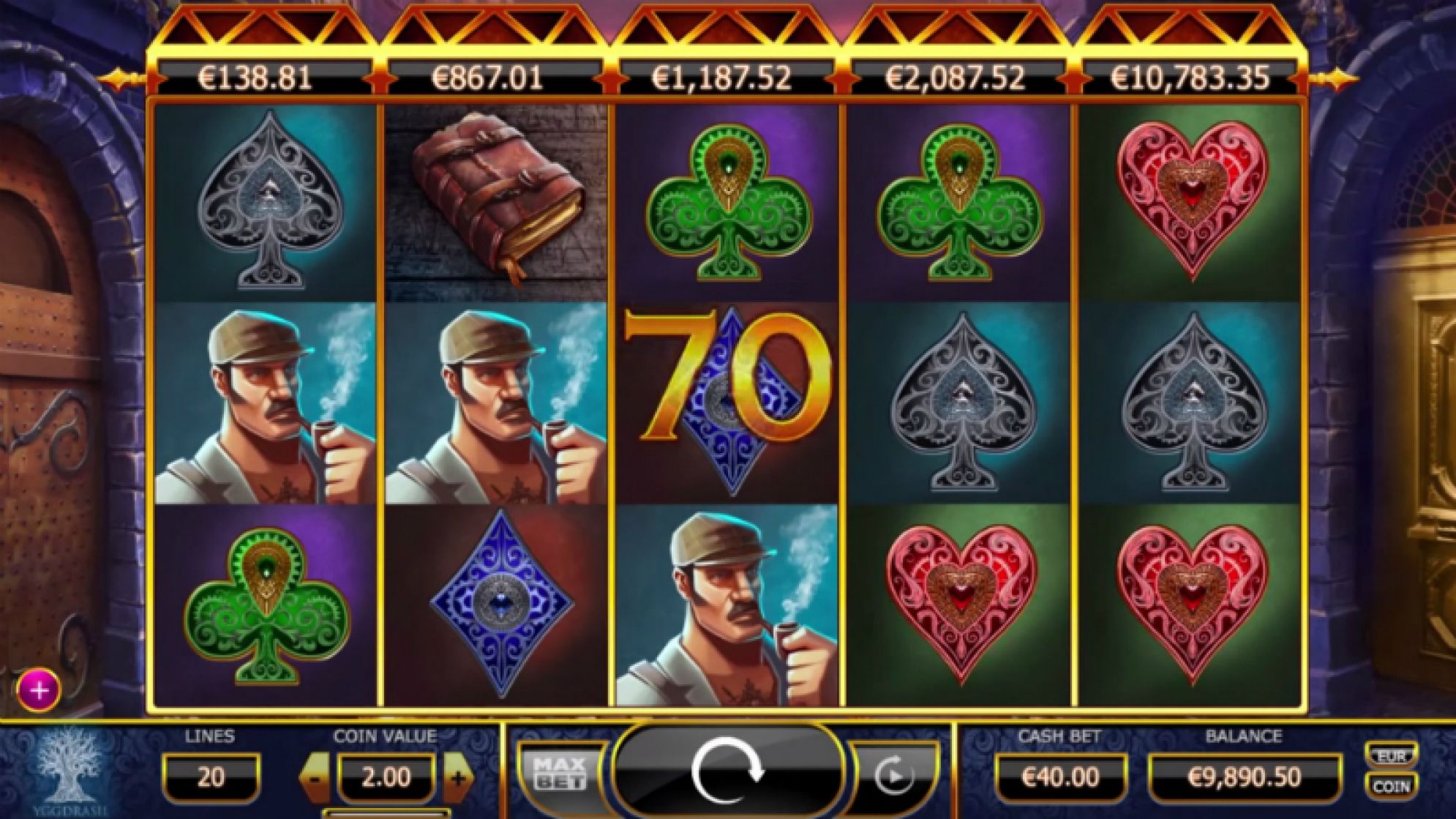 Holmes and the Stolen Stones is an Yggdrasil slot game that depicts two detectives who are trying to retrieve stolen diamonds. If you do find the diamonds you can win one of five progressive jackpots!

Best Casinos to Play Holmes and the Stolen Stones for Real Money : 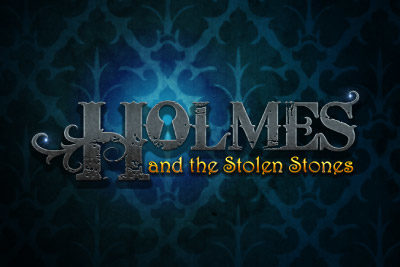 I have played Holmes and the Stolen Stones for a few hours to be able to give you a detailed review, so you know is this slot game worth playing or not. Obviously, it’s designed for fans of Sherlock Holmes, but it has little connection with the character. The game offers several bonus games and several ways to get to that big win. Theoretical return to player (RTP) is 96.80%, which is excellent and is an indicator that this game is payline well. Variance is medium.

Although the game was released relatively recently, in 2015, and it’s by Yggdrasil, a developer well known for quality graphics, Holmes and the Stolen Stones doesn’t have very good graphics. The two main characters just vaguely resemble Sherlock Holmes and Dr. Watson, in cartoonish form, and the card suit symbols are given unnecessary detail that lets them dominate the reels. There is indeed nothing special about this theme. 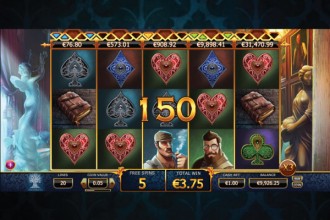 The game is played on a standard 5×3 board with 20 paylines so there are no surprises there, and all players will be familiar with this setup, especially because there are no extra features during the main game so it’s just a matter of spinning the reels until you reach the bonus games. The game revolves around collecting shards of diamonds, and you collect diamond of one color for each reel. Diamonds can trigger the free spins game in which a jackpot can be won.

The paytable does have a very powerful symbol in Sherlock Holmes, who pays 4000 coins for five-of-a-kind, which is in stark contrast to four card symbols, which pay between 125 and 200 coins. There are three more medium-win symbols that complete the small paytable of eight symbols. 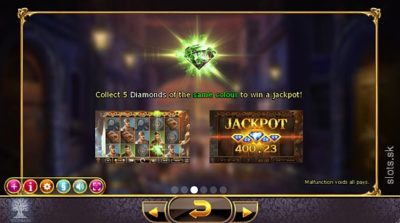 The game has five local progressive jackpots. If five diamonds are collected in Jackpot Free Spin mode, the jackpot for that reel is won. A lot of theoretical payout contributes towards the jackpot, 3.8%, leaving only 93% for the rest of the game. Jackpot start values range from €40 to €10,000 and there is no upper limit for jackpot values. 0.8% of RTP contributes to the largest jackpot. The probability to win each jackpot is proportional to bet size, so a bet of €40 will give you the greatest chance of winning while a bet of €0.20 will carry the smallest chance.

Holmes and the Stolen Stones is a good game for fans of Sherlock Holmes and for players who like to take a shot at jackpots that are actually winnable. If you don’t like jackpots taking away a large chunk of RTP then this game isn’t for you, especially if you intend to play with the minimum bet, which virtually gives you no chance to win the jackpot. But those who do like to have the chance of winning a jackpot will love this game, it’s a bit out of the ordinary but it’s a quality title by Yggdrasil.

Holmes and the Stolen Stones is an Yggdrasil slot game that depicts two detectives who are trying to retrieve stolen diamonds. If you do find the diamonds you can win one of five progressive jackpots!

Hurray! There is a competition going between users of our site!
You have to do nothing, but browse out site, and win a daily prize. Click here to read more.
You current ranking:
Time Left: 17h 9m 57s
Gambling is for 18+ though some countries may have other restrictions...Remember you should always Gamble Responsibly
We use cookies to ensure that we give you the best experience on our website. If you continue to use this site you agree to allow us to use cookies, in accordance with our Terms & Conditions.Agree & Close